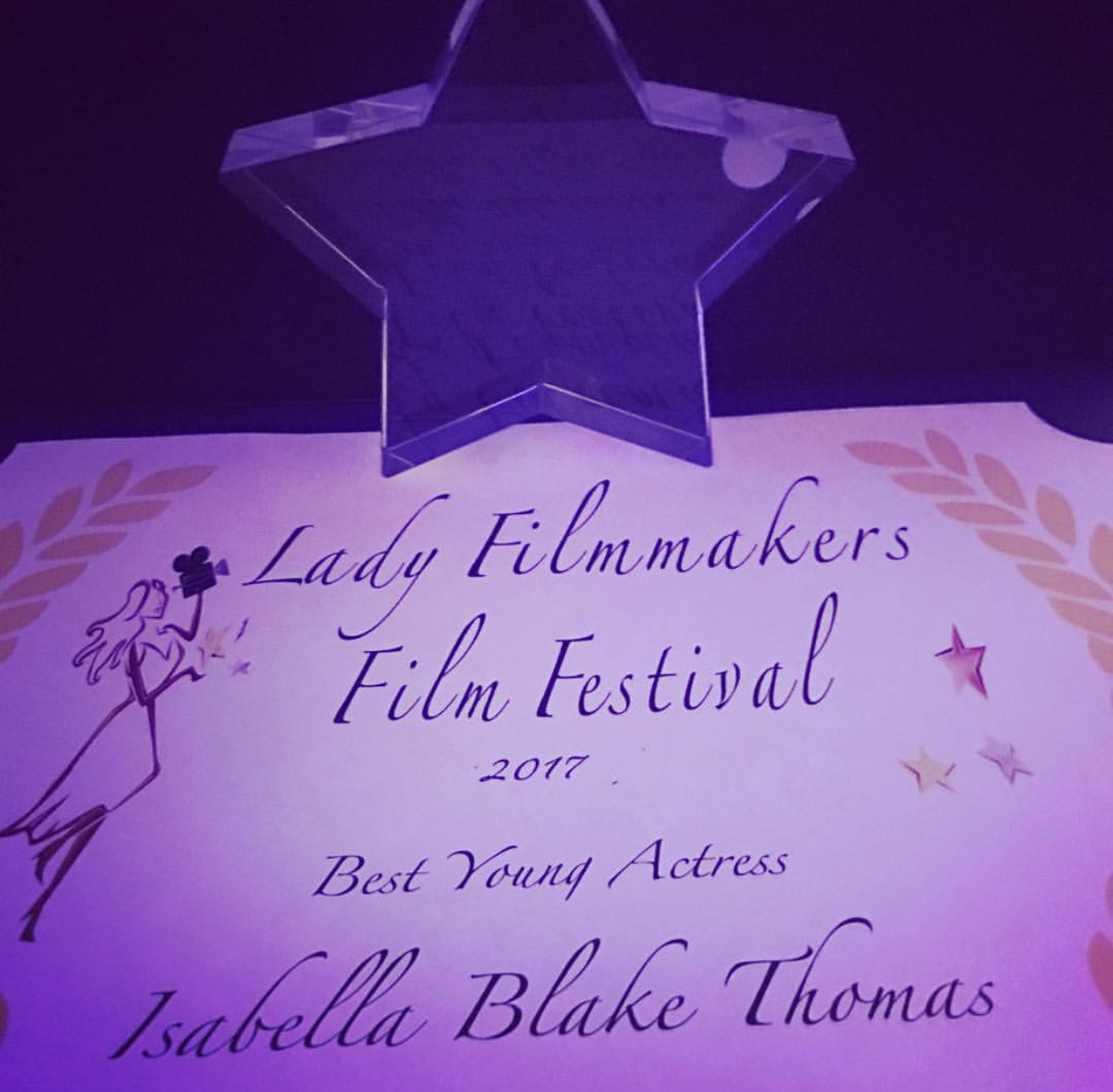 Posted at 22:46h in All, Festivals by IsabellaBT 0 Comments
12 Likes
Share

The Lady Filmmakers Festival is a fabulous festival that supports the women in film AND the men behind them. I like the message this festival gives because it’s not just about focusing on women, it’s about supporting men and women equally. I was fortunate enough to be there as a filmmaker because my movie, The League Of Legend Keepers: Shadows, was nominated for an award and it was screened on the first night. Not only was the movie up for an award, but so was I! I was nominated for the Best Young Actress. The film festival took place over a weekend. I met some great people during the festival, all fellow filmmakers like myself. Saturday we attended my Mum’s seminar. She was asked to talk about her journey as a director. On the Sunday, Mummy was on another panel with other producers and directors. I went to see some short films and other panels. I saw casting directors and writers and I took away lots of important information such as when you are recording a self tape, you should always record with someone reading the other lines because the casting directors can always tell if you are connecting with someone or not. In the writers panel, I learnt that getting your script funded by a big studio can be luck of the draw. Sometimes the studios want an unknown writer and sometimes they want someone famous.

In the evening of the last night was the closing ceremony and awards. After the first few awards were given out, my category was announced. I won! They gave me an engraved Tiffany star and a certificate. I wasn’t expecting to win at all. I would really like to be asked back to the festival and hopefully even have another film there.