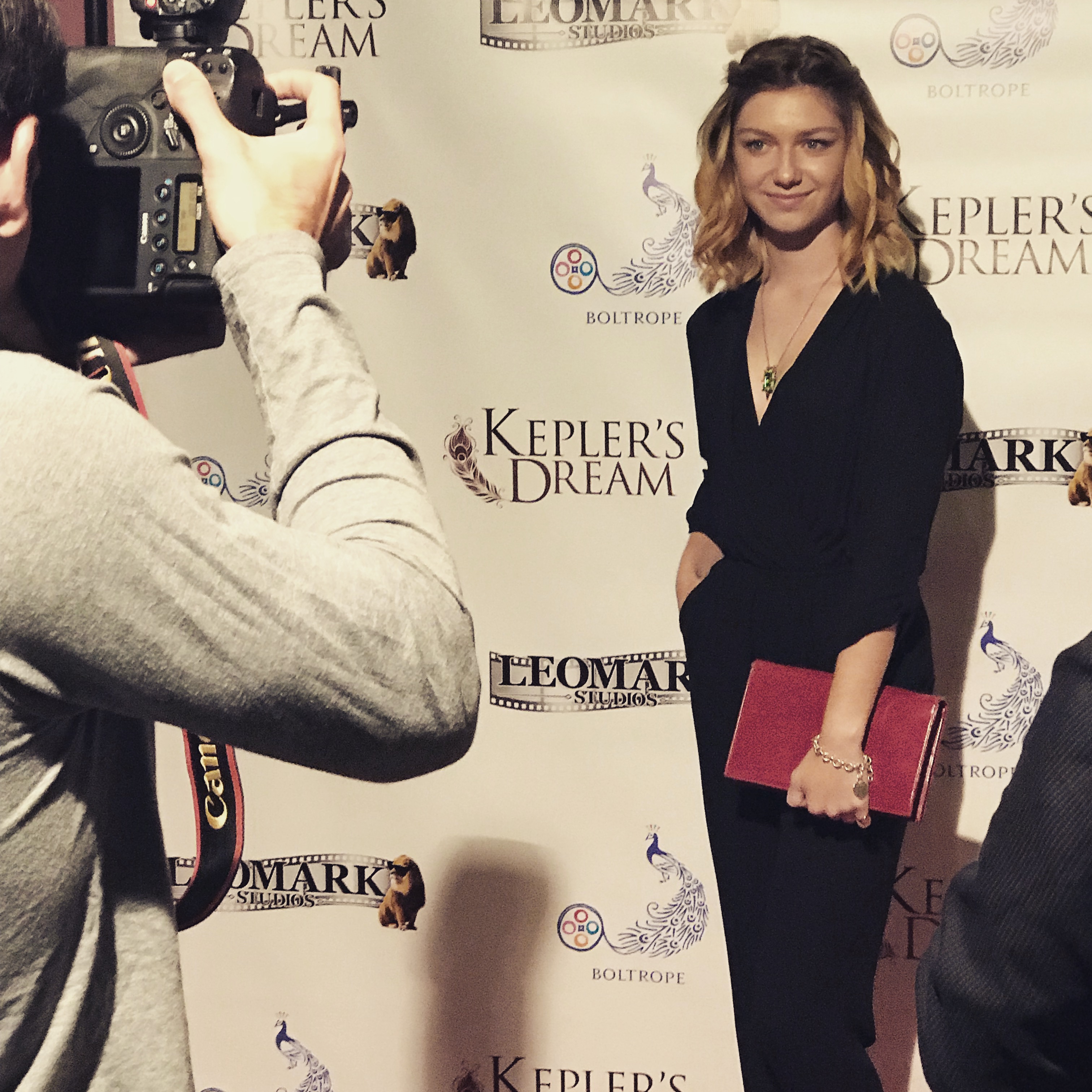 Posted at 16:38h in All, Events by IsabellaBT 0 Comments
14 Likes
Share

A couple of years ago I was in a movie called Keplers Dream. It’s a movie about a young girl called Ella who’s mum has cancer.  Ella has to go and stay with her grandmother who she’s never met. Her grandmother has a priceless book called “Kepler’s Dream”. Her grandmother loves the book because her late husband gave it to her. Unfortunately the book gets stolen and Ella thinks that the only way she can save her mum is if she finds the book. She sees her mum as her favorite thing just like the grandmother feels about the book. What most people don’t know about movies is how long most of them take to be released. Keplers Dream has taken 3 years to be shown to the public. A couple of weeks ago Kepler’s Dream had an LA screening at an AMC theatre. The turn out was great and there was a red carpet. It was fun to see some of the cast and crew again but my favorite part was seeing how young I was on screen. The red carpet was great fun as  was interviewed and had my picture taken. My tip for red carpets is making sure you know how you want to pose or smile so that you are happy with the pictures when they are released.