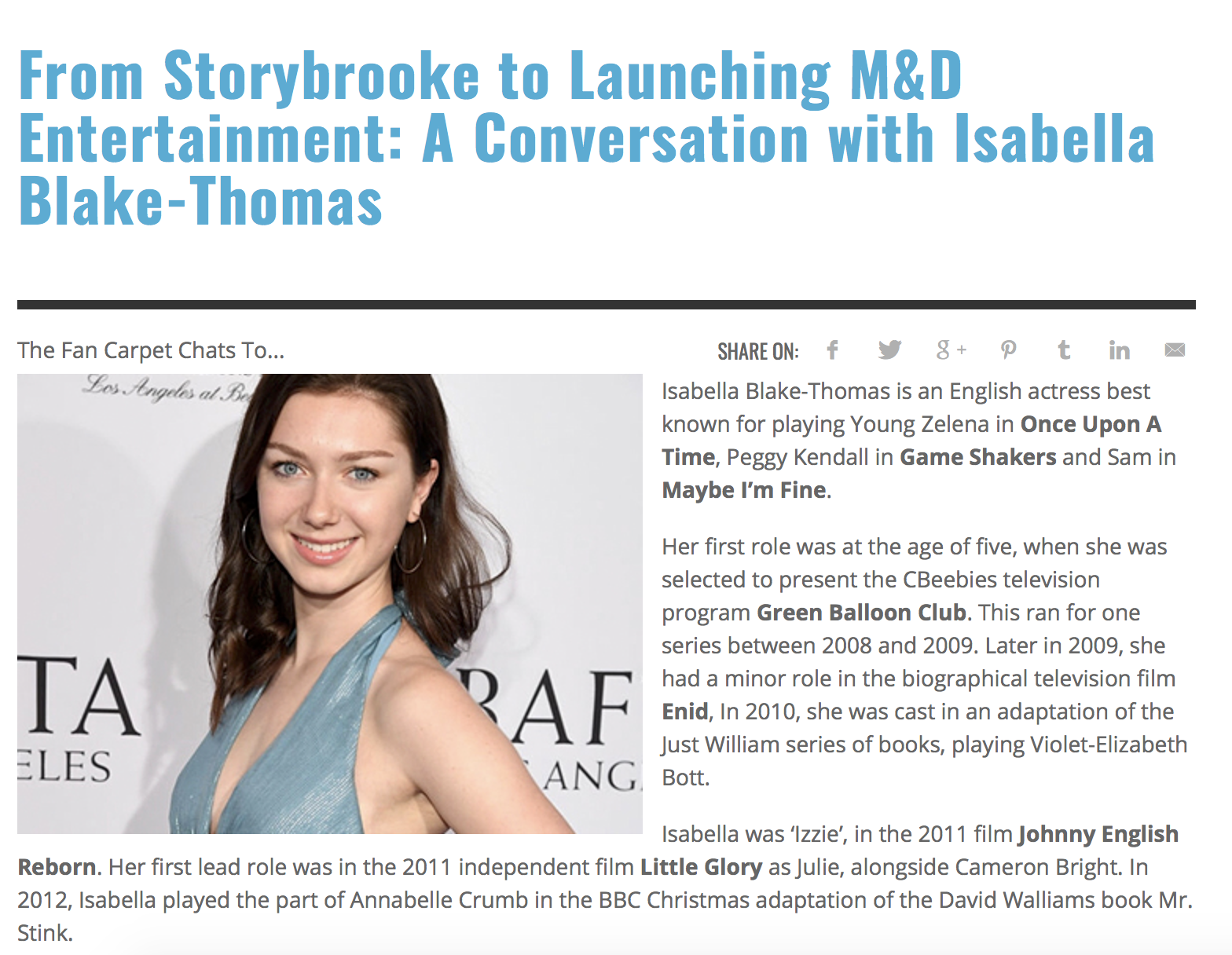 Posted at 18:32h in Press by IsabellaBT 0 Comments
0 Likes
Share

Isabella Blake-Thomas is an English actress best known for playing Young Zelena in Once Upon A Time, Peggy Kendall in Game Shakers and Sam inMaybe I’m Fine.

Her first role was at the age of five, when she was selected to present the CBeebies television program Green Balloon Club. This ran for one series between 2008 and 2009. Later in 2009, she had a minor role in the biographical television film Enid, In 2010, she was cast in an adaptation of the Just William series of books, playing Violet-Elizabeth Bott.

Isabella was ‘Izzie’, in the 2011 film Johnny English Reborn. Her first lead role was in the 2011 independent film Little Glory as Julie, alongside Cameron Bright. In 2012, Isabella played the part of Annabelle Crumb in the BBC Christmas adaptation of the David Walliams book Mr. Stink.