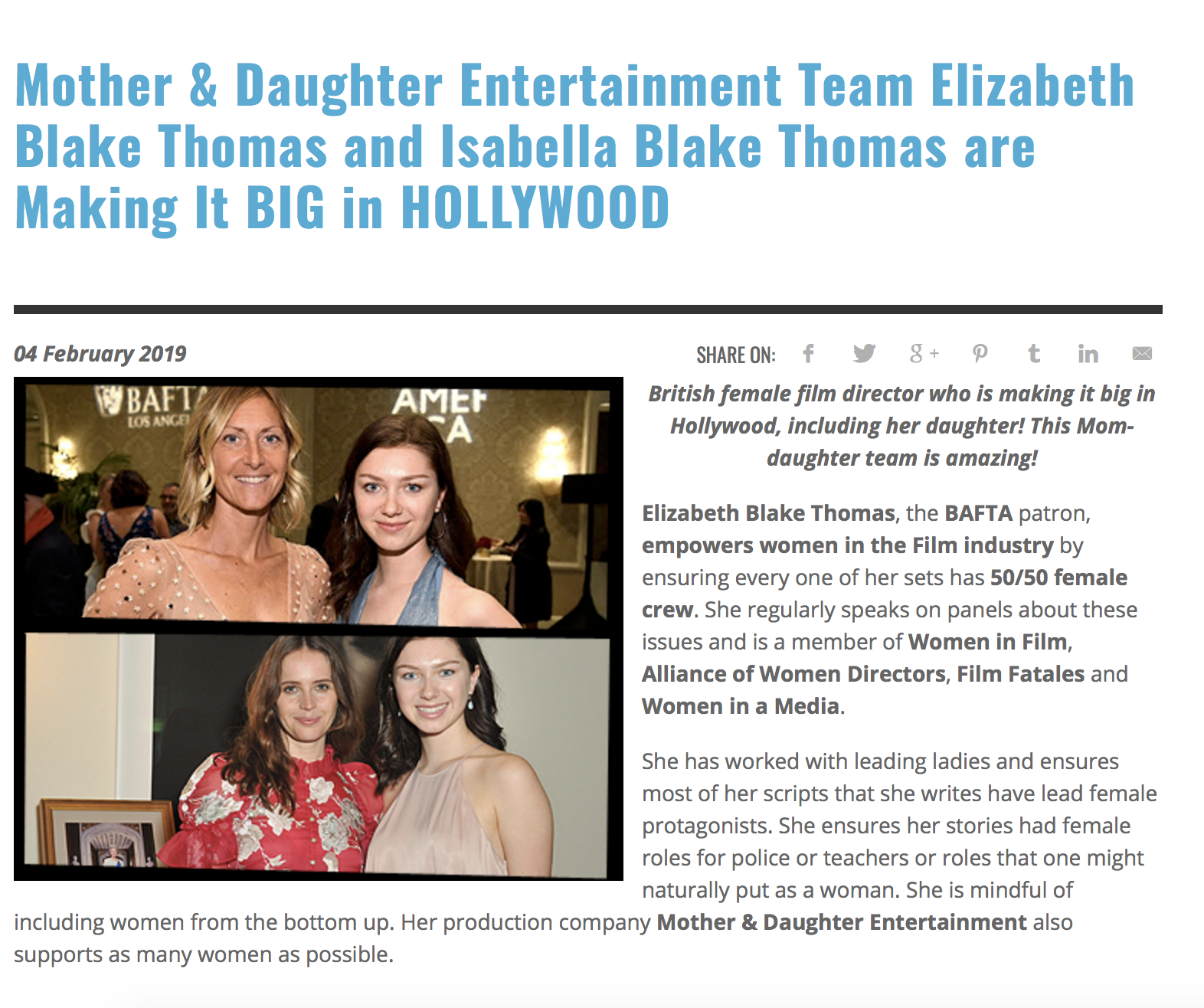 Posted at 18:38h in Press by IsabellaBT 0 Comments
0 Likes
Share

British female film director who is making it big in Hollywood, including her daughter! This Mom-daughter team is amazing!

Elizabeth Blake Thomas, the BAFTA patron, empowers women in the Film industry by ensuring every one of her sets has 50/50 female crew. She regularly speaks on panels about these issues and is a member of Women in Film,Alliance of Women Directors, Film Fatales and Women in a Media.

She has worked with leading ladies and ensures most of her scripts that she writes have lead female protagonists. She ensures her stories had female roles for police or teachers or roles that one might naturally put as a woman. She is mindful of including women from the bottom up. Her production company Mother & Daughter Entertainment also supports as many women as possible.